Over a decade after the planned redevelopment of Harlem’s Victoria Theater was announced, the project is finally moving forward. The team of developers behind the project held a groundbreaking ceremony Thursday at the site of what will soon be 191 apartments, a hotel, and a cultural center.

In November last year we had a sense that the stalled development might actually move forward after a New York Post reporter discovered a new construction notice at the site. Now work on the project, which is spread out over two sites—one fronting on West 125th Street, and the other on West 126th, is moving forward in full swing.

As part of the redevelopment project, the nearly 100-year-old theater will be incorporated into this residential-hotel hybrid and reimagined as a new, yet-to-be-determined arts and culture venue. The theater building will continue to maintain its entrance on West 125th Street between Frederick Douglass Boulevard and Adam Clayton Powell Jr. Boulevard, and hotel portion will front on West 126th Street. 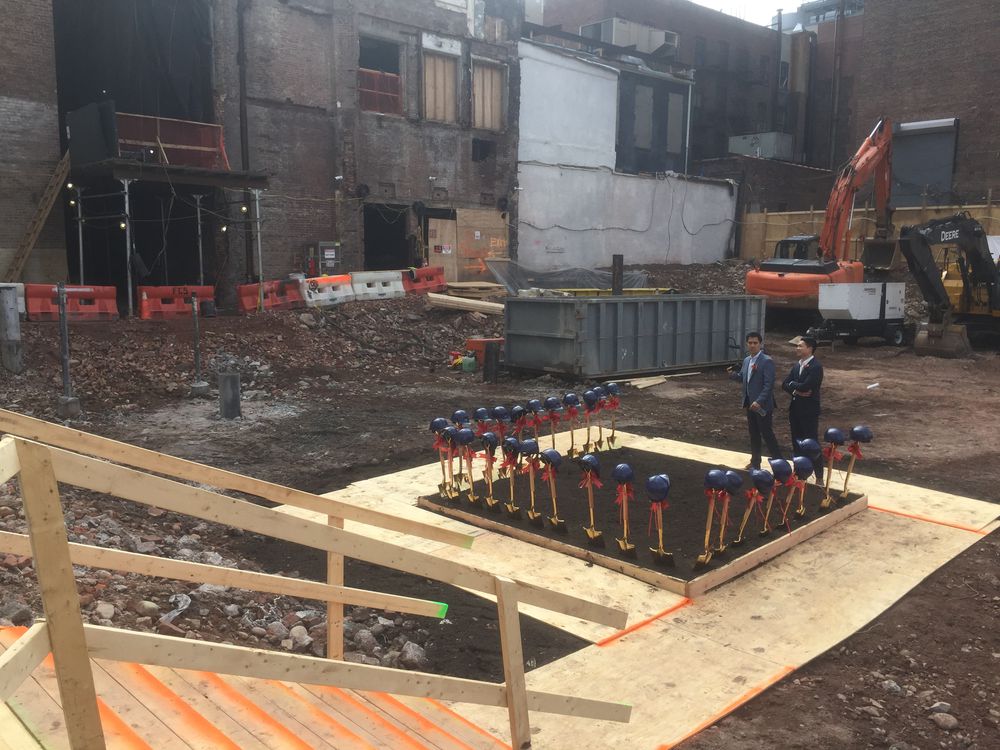 The residential and hotel portions of the development will be split up between two 26-story towers. The tower that will rise above the theater will be the residential portion, and the hotel will front on the other end.

Despite the long period of time that has passed since the redevelopment was first announced, the project has remained true to the original proposal for the most part. Sure, the number of apartments and hotel rooms may have increased and decreased over the years, but the essential components have remained the same, as has the architecture firm, Aufgang Architects. 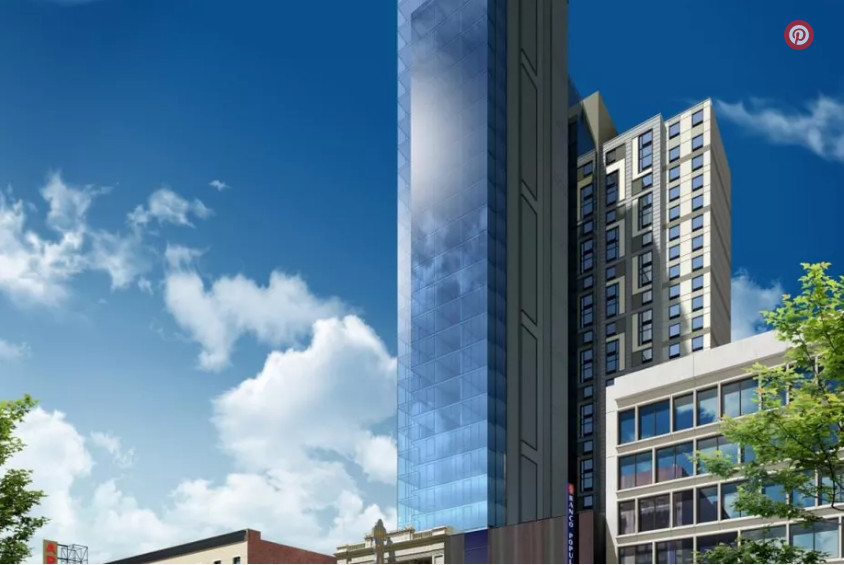 “We are very proud of our design for this project featuring the adaptive reuse of the facade and lobby of the historic Victoria Theater,” Ariel Aufgang, the architecture firm’s principal said in a statement. “It is significant from the perspectives of Harlem’s cultural and architectural heritage and its future.”

Explaining why the project had been stalled for so many years, the developer that first won the contract to redevelop the theater in 2007 attributed to a variety of reasons. Steve Williams, a third-generation Harlem resident, and the head of Danforth Development said the firm was awarded the contract just before the financial crisis hit, which made it hard for the project to move forward. 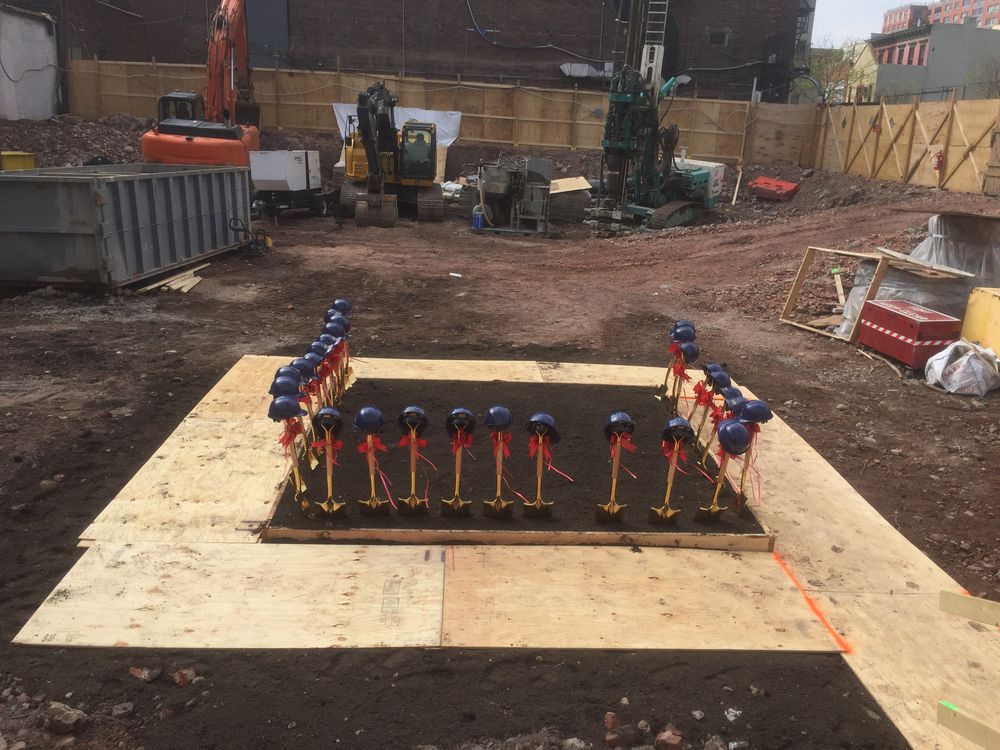 In subsequent years it became difficult to find financial backers who would get on board, and it wasn’t until a few years ago when the Lam Group and Exact Capital (both real estate development firms) came on board that the project actually started moving forward.

“The long awaited redevelopment of the Victoria Theatre will reclaim the heralded spirit of Harlem’s past,” the state assembly member representing the area, Inez Dickens, said in a statement. “The Victoria represents a time when an audience could celebrate the talents of many historical figures, for the greatness of their art and the barriers they crossed to get there. Now we will once again have a proper venue to celebrate a new generation of artist.”

Being built at a cost of $178 million, the project is expected to wrap construction sometime in 2019. Even though the project is preserving the old theater building, the glassy high-rises will be still be in stark contrast to the mostly medium and low-rise buildings in the immediate vicinity of the project. Do you think this design is a good fit? And how do you feel now that the development is finally moving forward? Sound off in our comments section below. 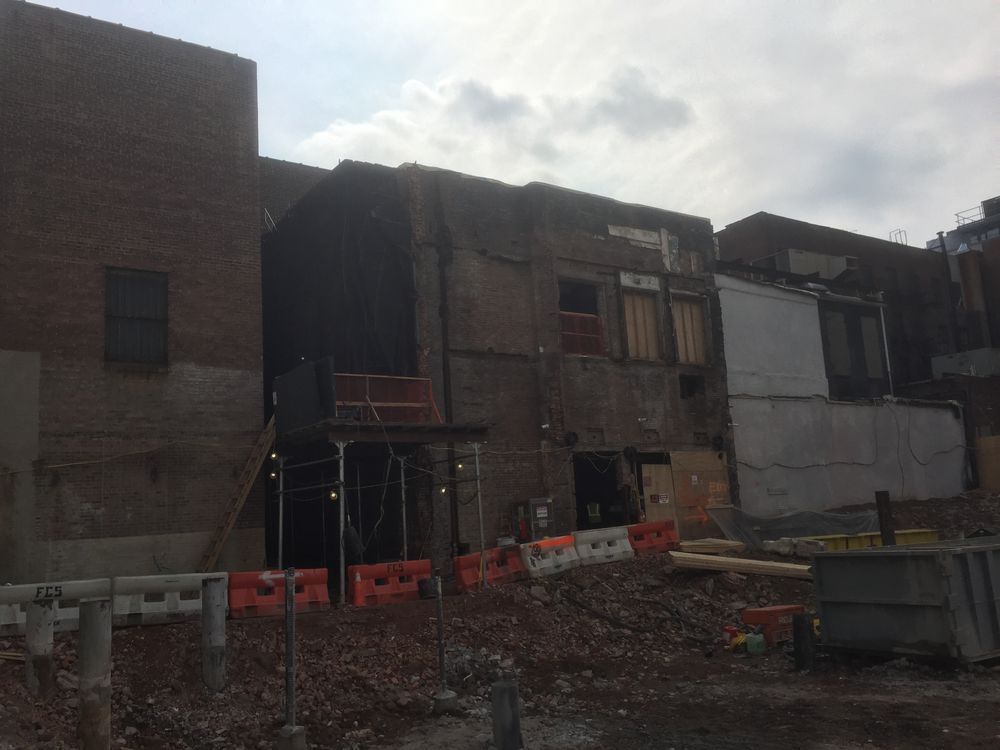